Home / Bath & Shower / Why I Always Use a Shower Filter ?

Why I Always Use a Shower Filter ? 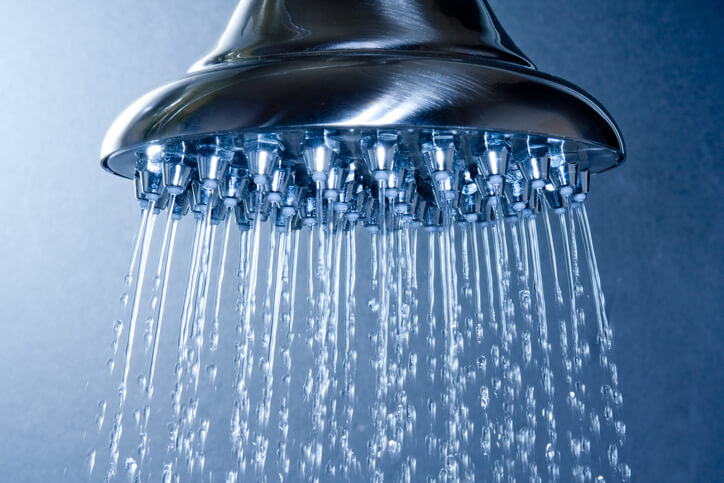 Most of us know the importance of drinking enough water and filtering it to avoid harmful chemicals or contaminants, but did you know that shower water can be just as harmful (if not more so) than drinking water?

Unfiltered shower water can contain an array of chemicals like chlorine as well as bacteria and fungus from the shower head.

The skin is much more than just a covering for the body. It is the largest organ and is responsible for important functions like vitamin d creation and synthesis. It also has the ability to absorb much of what it comes in contact with and we are learning that it has its own unique and important microbiome!

This is why topical magnesium oil works so well and why sunlight is so important.

It is also why a shower filter is so vital:

Chlorine is effective at killing pathogens in the water, but the properties that make it able to do this may affect the skin microbiome and the delicate balance of bacteria on the skin.

These are some of the biggest risks associated with the chemicals in shower water (and the reasons I use a shower filter):

1. We May Absorb More Chlorine Through Showering than Through Drinking Water

It may seem counterintuitive, but showering in chlorinated water can lead to more chlorine absorption than drinking chlorinated water. This is because we typically shower at warm temperatures, which makes absorption easier and because this water is coming in contact with such a large area of the body. In fact, research shows that the chlorine in shower (or bath) water can easily enter the bloodstream as it has a low molecular weight and can easily pass into the body.

Chlorine can also interact with other matter in the water to form harmful byproducts like trihalomethanes (THMs). One of these trihalomethanes is chloroform, it isn’t found in high enough amounts in shower water to cause that severe of a problem, but it certainly isn’t good to come into contact with regularly.

Chemicals absorbed through the skin can enter the blood stream quickly and have a tremendous impact on the body. This is great when it comes to things like topical magnesium that we want to enter the body quickly and in large enough amounts, but not so good when it comes to harmful disinfectant byproducts. This study even showed a greater lifetime risk of cancer and other problems from bathing or showering in chlorinated water than from drinking it.

2. Shower Water Releases Chemicals into the Air in the Home

There are some obvious offenders of indoor air-pollution:

Scented candles release harmful fragrances and paraffin into the air and are a major source of indoor air pollution. Air fresheners and cleaning chemicals are also major offenders, but many of us don’t realize that shower water is also high-up on this list!

The heat of shower water can cause chemicals to vaporize and be released into the air at higher amounts than they are even present in the water itself. The EPA found significant and detectable levels of THMs and other byproducts in indoor air as a result of bath and shower water.

3. Chemicals in Shower Water may Cause Harm to the Skin Microbiome & Irritate Skin

As I already mentioned, the microbiome isn’t limited to the gut. While the importance of beneficial bacteria in the gut is becoming much more well known, there are lesser known “biomes” on the body, including the mouth and skin.

Logically, showering in a disinfecting agent like chlorine that is chemically tested to reduce bacteria in the water  may have a tremendous impact on the skin biome. Many of the effects to the beneficial bacteria are not visible and many people don’t seem to have any noticeable affects, though some experience dry skin, eczema or irritation.

4. Chemicals Present in Shower Water are Linked to Cancer & other Health Problems

As a follow up to the first point, some of the chemicals present in the water supply have been linked to various types of cancers. These chemicals can be problematic enough when consumed in water but are even more harmful when inhaled or absorbed through skin. Chris Kresser explains:

Research conducted on the health effects of chlorinated drinking water have demonstrated a variety of toxicity issues. Several studies have found that communities using chlorinated or chloraminated drinking water have an increased risk of bladder, kidney, and rectal cancers. (4, 5, 6) THMs from chemically treated water have been associated with a variety of poor birth outcomes, such as spontaneous abortion, birth defects, and low birth weight. (7) Chlorine and chloramine vapors are associated with greater risk of asthma, and may damage the mucosal lining of the respiratory tract. (8) Free radicals in chlorinated water have been linked to liver malfunction, weakening of the immune system and pre-arteriosclerotic changes in arteries. (9)

and Food Renegade points out a more specific link between chlorine and breast cancer:

Breast cancer, which now effects one in every eight women in North America, has recently been linked to the accumulation of chlorine compounds in the breast tissue. A study carried out in Hartford Connecticut, the first of it’s kind in North America, found that, “women with breast cancer have 50% to 60% higher levels of organochlorines (chlorination byproducts) in their breast tissue than women without breast cancer.”

Of course, correlation does not equal causation, but in this case, the evidence is strong enough to at least warrant caution and further study. At the very least, I find it worth taking precautions against easy-to-eliminate sources of chlorine exposure by using things like drinking water filters and shower filters.

5. Chloramines May be Even more Harmful than Chlorine

Another chemical often used in the water supply is chloramine, a mixture of chlorine and ammonia. As you may imagine, it has its risks as well and may be even more irritating to the skin and lungs that just chlorine.

Unfortunately, many filters that remove chlorine do not easily remove chloramines, so it is important to research options and address both chemicals when considering shower filters.

As I explained in this post, certain types of Vitamin C can remove chloramines and can be added to a bath to remove chlorine and chloramines in the water, though this is certainly more difficult to add to a shower..

Filtering shower water is one simple and relatively inexpensive step that can make a big difference in reducing chlorine and other chemical exposure in the home. Some people (like me) seem to be much more sensitive to chlorine and notice the effects more readily, but these chemicals affect all of us on a cellular level.

Using a simple shower filter is an easy way to remove chlorine and other harmful chemicals in bath and shower water.

Katie Wells, CTNC, MCHC, Founder and CEO of Wellness Mama and Co-Founder of Wellnesse, has a background in research, journalism, and nutrition. As a wife and mom of six, she turned to research and took health into her own hands to find answers to her health problems.


Your shopping cart is empty.
Checkout

Login with email
Don't have an account? Sign Up
By signing up you agree to the Terms of Service
Return to Login
Please enter your registered email address. We will send you a link to reset your password